Mine VertCoin (VTC) After the Switch to the Verthash Algorithm

If you been intr crypto for longer time probably have heard about VertCoin (VTC), after all it has been available for more than 7 years already and during that time forked multiple times changing Proof of Work (PoW) mining algorithms. Well, VTC did it once more this time switching from using Lyra2REv3 to Verthash in order to bring back mining VertCoin back in the hands of GPU miners. As is it normal with forks, requiring wallet updates and new mining software things may get a bit messy initially until everyone updates to the required software and the fork just happened. This means that not all mining pools and exchanges supporting VTC have already upgraded and are ready for the fork, so make sure if you mine VTC using Verthash to do it on a compatible mining pool and keep the mined coins locally and not sending them directly to an exchange for a while more at least! 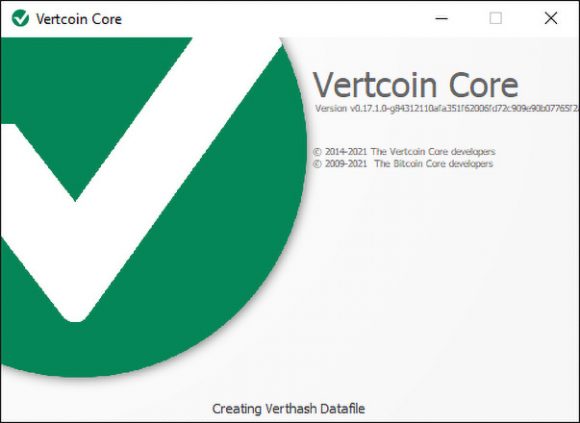 In order to be able to mine VTC with the new Verthash algorithm you need to start by downloading the latest VTC wallet (currently version 0.17.1) and running it as it will generate a Verthash Datafile on its first run. This verthash.dat file is over 1GB in size so it can take a while, but it is a requirement for the miner to start working, so you will need to wait (the dat file is required on every mining rig!). 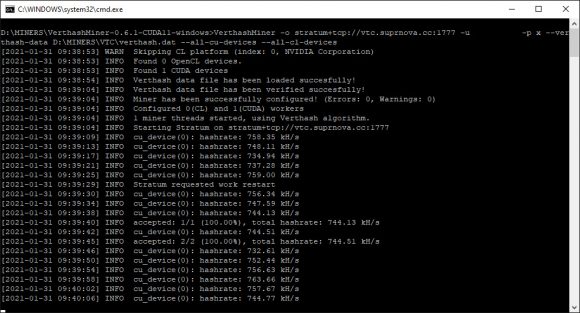 The next thing you need is to download and configure the latest VerthashMiner, there is a Windows and Linux version available and the miner works on both Nvidia CUDA and AMD OpenCL GPUs. Have in mind that the VerthashMiner miner requires a GPU with a minimum of 2GB VRAM! In order to start mining you will need two things, a mining pool where you will point your mining hashratre (you can go for the – Suprnova Vertcoin Pool like we do in this example) and the second thing the miner needs is the verthash.dat file that the wallet will generate on its first run.

Make sure to replace USERNAME with the username and WORKER-ID with a worker id you have created on the pool. Then either copy the verthash.dat file from the VertCoin wallet folder to the miner folder or set the full path to the file in the miner command line.

How much VTC can you mine using the new Verthash algorithm, well that depends on what kind of video cards you have available and how many. For instance, a single power-optimized Nvidia GeForce RTX 1080 Ti video card does about 700 KH/s in terms of hashrate and that can probably get you about 1 VTC per two hours maybe (1 VTC is about $0.22 USD at the moment), though with difficulty increasing that will surely change and go down.

If you are looking for an easier alternative to get started mining Vertcoin (VTC) with the new Verthash crypto algorithm, then you might want to also check out the official Vertcoin One Click Miner that simplifies the process described above for people that are new to crypto and mining in general.

How to Stay Safe from BSC Scams with Crystal Ball